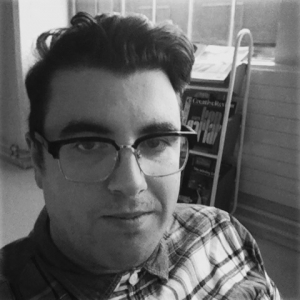 What his Mother says about him.

Chris has worked in advertising for 14 years, I think. He explains it to us every now and again, but we don't really understand what he does. We're pretty sure he doesn't either.

He worked at a place called TBWA in Ireland selling burgers to kids (McDonald's), whiskey to Irish people (Jameson) and helped make gambling more accessible to everyone (Paddy Power). We were very proud. He moved to London 9 years ago.

He sounds English now. Well we think so, and so do all the neighbours.

At McCann Erickson he encouraged the use of credit cards (MasterCard) and helped sell violent video games to impressionable kids (Xbox). We pray for him sometimes.

Then he moved to a place called Mother where he does work he is more proud of.  He has worked there for 7 years now across clients as diverse as Moneysupermarket and Stella Artois and everything in between. He is now joint head of strategy at Mother with his friend Katie, she seems to know what she is doing at least.

He's won some awards for creativity and strategy “effectiveness” he seems quite proud of. But he was most happy to see their moneysupermarket work get spoofed on the front page of The Sun one day.