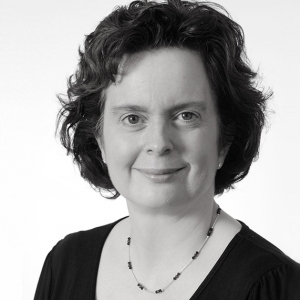 Denise has spent the last 24 years in communications research and strategy in advertising and media agencies.  Most recently she spent 15 years at Havas Media Group, managing a growing team of researchers, econometricians and analysts.  She joined Newsworks in April 2015, tasked with overseeing the insight programme at the marketing body for national newsbrands.

Denise is obsessed with consumer insight and passionate about proving that communications works. She considers herself very lucky to be work in a role that allows her to ask why for a living.   In the rapidly changing and complex world of communications, 'why' is a good mantra to have!

She has authored a number of books and reports on co-authored a book on communications effectiveness for the Institute of Practitioners in Advertising, the most recent focused on the value of media agencies in an era of media complexity. She loves that answers and insights can come from anywhere now, not least from the digital data trail we leave behind us on the web.

She is extensively involved in industry groups which promote best practice in research.  She is a former Chair of the Media Research Group Committee, which debates and educate about research issues.  She was a member of the IPA’s Television Research Advisory Group for over 20 years, and has been closely involved in the set up and ongoing development of the IPA’s groundbreaking multi-media study TouchPoints.  In 2009 she was elected a Fellow of the IPA, in recognition of her services to the advertising industry.

Finally it seems Denise was destined to work in communications research, having the claim to fame of having been on the UK television research panel BARB in Ulster in the early 1980s before the advent of the peoplemeter!