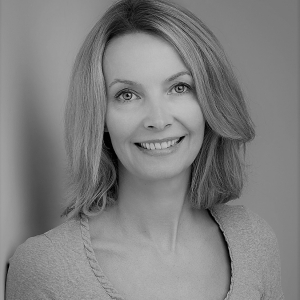 Gervaise Slowey is one of Ireland’s leading business women. She has operated as a C-level executive for the past 10+ years managing large scale commercial organisations both in Ireland and internationally. She is now an independent strategic consultant and non-executive director.

Her previous role to the end of 2016 was that of Chief Executive and Board Director of Communicorp Group Ltd., one of the largest independent media groups in Ireland, UK and Eastern Europe. Prior to that she was Global Client Director for Ogilvy Worldwide, a leading communication services agency with over 25,000 employees where she managed one of their key Global businesses across Europe, Asia, and Africa.

During her 15 year tenure with Ogilvy Worldwide she worked extensively in both emerging and established markets on some of the world’s leading brands such as Coca Cola, Cadbury, Milka, and Kimberly Clark.

A Dublin City University Business graduate, Gervaise began her career in 1990 with CPC/Unilever in marketing. She moved into advertising with BBDO Germany, later joining Ogilvy in Vienna both with European management roles. She was Managing Director of Ogilvy & Mather Dublin from 2006 – 2010 and has served on the boards of the Institute of Advertising Practitioners of Ireland and the Independent Broadcasters of Ireland

Gervaise has also been a non-executive director of Eason PLC and its RemCo since 2012 and she regularly acts as board member and chair for senior level appointments for the Public Appointments Service in Ireland. She is also a member of the FuJo Advisory board.