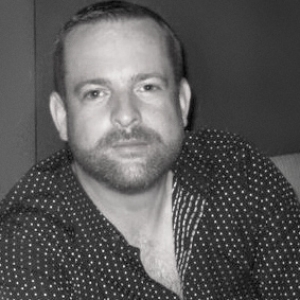 With over 15 years experience as an integrated planner Jason has worked with numerous brands across several continents. Jason started out as a management trainee for IPC Magazines (the largest consumer publisher in the UK) where he cut his teeth on both brand and traditional direct marketing skills such as subscription based marketing, inserts and POS conversion. After almost 3 years Jason moved to a marketing consultancy (HBH Partnership) working with blue chip companies such as Barclays, Next and Sainsbury’s.

Jason’s next roll was at Ogilvy’s APAC office in Hong Kong as a 360 degree planning lead for The Economist across Asia – 12 markets in total. This role required the integration of several disciplines: Advertising; Direct Marketing; PR; and, Corporate Identity. During this time the agency won over 30 awards (including Cannes) for the work developed by Ogilvy Economist team. A move within the Ogilvy Group saw Jason land at OgilvyOne APAC leading customer engagement with numerous clients across the region, such as:  FedeEx (strategic development and implementation of an Asia-wide award winning loyalty program); Motorola (lifecycle planning), AIG (direct response communications); Royal and SunAlliance (customer and prospect segmentation); North West Airlines (Frequent Flyer Program); and, Standard Chartered Bank (High value customer communication planning), to name but a few.

Leaving Asia, Jason moved within the WPP Group to Grey Madrid to take up the position of Group Brand Planning Director working on BAT (British American Tobacco) across Iberia. This meant learning a new language, getting under this skin of the Spanish culture and a new category.  Over 4 years he was tasked with developing the strategic thinking behind the BAT account, the largest within the agency, by implementing a strong planning regime that encompassed traditional channels whilst driving new channel development with a strong CM focus and ensuring a superior creative product.  Jason then jumped ship and moved client side working for Gallagher and Japan Tobacco as a consultant, but the lure of London and Agency life proved too strong and, in 2010, he moved back to London.

Jason is currently a Strategy Director at SapientNitro where he leads TTL brand and customer engagement.