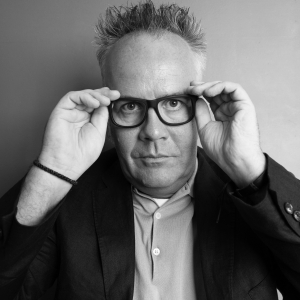 Mark is a recovering account planner who has written a number of award-winning and best-selling books about humans and human behaviour, including Welcome to the Creative Age, HERD, I’ll Have What She’s Having (with Professors Alex Bentley and Mike O’Brien) and CopyCopyCopy. He has also written for many magazines, journals and newspapers and appeared on British, American, Irish, Indian and Dutch TV and radio buthis favourite piece remains a double page spread in The Sun newspaper about the London Riots (“Come and have a go if you think you’re HERD enough”).

Mark’s work seeks to challenge the ideas about human behaviour on which marketing, management and innovation are built with what contemporary behavioural science suggests.In particularly, he has championed the notion that we are social (HERD) creatures first and foremost and that much of our behaviuor is shaped by what goes on between us - rather than simply between our ears.

He now advises a wide range of organisations from corporations to start-ups, charities and governments, both in the UK and overseas and is in much demand as a speaker. In
addition, he is heavily involved in training the next generation of marketing, insight and creative professionals. For the last few years, he has been heavily involved in the unique programme of #IPASocialWorks - an ongoing collaboration between marketers, agencies, researchers and the big social platforms to identify good (if not ‘best’) practice. He has also judged IPA Effectiveness, APG and 4As Jay Chiat Awards.

Mark is a Fellow of The UK Marketing Society and the RSA, an Honorary Fellow of the IPA and an Ambassador of The School of Life. But mostly, he would rather be fishing or
watching cricket.