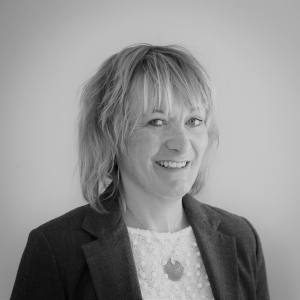 Merry has headed up the UK’s largest strategic planning department at JWT London and (arguably) America’s coolest at Chiat/Day New York. In 2000, Merry founded her own strategic planning consultancy, Baskin Shark (where brands move forward or die!). Merry's planning and research efforts come highly decorated; she has won three IPA Effectiveness awards, the MRS/ISBA Best Paper and several US Effies. She has been an ‘expert judge’ for both Strategic and Effectiveness awards for the IPA, MRS and the APG in the UK, the Jay Chiat awards in the US, the US, NZ and Euro Effies, and in 2015 and 2016, she was a ‘Cannes Effectiveness Master’!

Merry has been extensively published; in 2008, she co-edited ‘A Master Class in Brand Planning; the Timeless Works of Stephen King’. She is a regular contributor to Market Leader, wrote a monthly Best Practice column for Admap and has been one of the most downloaded authors on the WARC site for the last 6 years. Merry has spoken on many conference platforms, most recently the 4A’s Strategy Festival, the McDonald’s Hamburger University and twice been an Executive in Residence at the University of Oregon School of Journalism. She is a Visiting Fellow at the New College of the Humanities, London and sits on the IPA Social Works peer review panel.

Merry runs planning craft skills training sessions and creative and brand strategy workshops for young planners and client marketers all over the world; not least London, where she has been the foremost trainer for the UK APG for over 20 years. (And of course a few in Dublin for IAPI.)