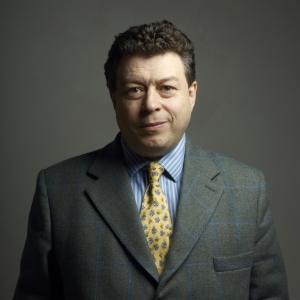 Born in Usk, Monmouthshire in 1965, Rory read Classics at Christ’s College, Cambridge, before joining Ogilvy as a Graduate Trainee in 1988. After 18 months spent as the world’s worst account handler (as a desperate remedial measure he was once booked onto a time management course, but got the date wrong). Rory became a copywriter in June 1990.

He has worked on Amex, BT, Compaq, Microsoft, IBM, BUPA, easyJet, Unilever, winning a few awards along the way. He was appointed Creative Director of OgilvyOne in 1997 and ECD in 1998. In 2005 he was appointed Vice Chairman on the Ogilvy Group in the UK in recognition of his improved timekeeping.

By an amazing stroke of luck (his brother is an academic) Rory first used the Internet in 1987. Hence he had the advantage in 1994 of knowing what it was and what it might do a few years ahead of many colleagues. Most people would have combined this knowledge of marketing and technology to make a fortune; not Rory. Instead he became the first Briton to have his credit card details stolen online, thereby losing £22.45.

In his spare time, Rory collects self-aggrandising job titles. He was President of the Direct Jury at Cannes in 2007, and was elected President of the Institute of Practitioners in Advertising in 2009 for two years.  Rory is also a visiting professor of Warwick University and was recently (2012) awarded an honorary doctorate (D. Litt) by Brunel University, he is also the Technology Correspondent of the Spectator, the world’s oldest English language magazine. You can visit his blog at  http://snipr.com/da9bq

Rory is married with twin daughters of 12 (Hetty and Millie) and lives in the former home of Napoleon III in Brasted in Kent. Unfortunately in the attic.