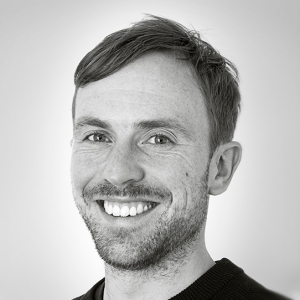 Alex Lewis is Director of Strategy for BBDO Europe, leading the network's strategic planning in 27 markets across Europe and the Middle East.

He joined BBDO from Ogilvy in 2006. Since then he has helped find global ideas for some of the network’s biggest brands, and continues to lead the global strategy on Snickers, Guinness and all of the Mars owned food brands.

In 2010 he developed the You’re Not You When You’re Hungry campaign for Snickers, which with three Gold Effies, two Cannes Effectiveness Lions, an IPA Gold and an IPA Special Award for International Marketing was the most effective campaign in the world between 20011-2012.

He lives in Morzine in the French Alps with one wife, three children, two bald cats and a healthy appreciation for the work Brendan Rodgers is doing at Liverpool.