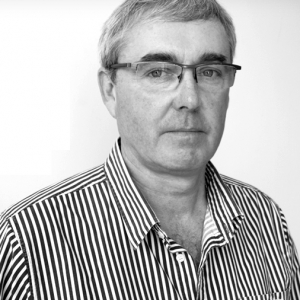 Following his graduation 1981 Chris travelled to the USA to pursue a career in brand management. An exposure to advertising through DDB on Madison Avenue sparked off what has become a lifelong passion for creativity through brand communication.

Returning to Ireland in 1983 Chris secured a position in the media department of Peter Owens Advertising and from there he proceeded to rise through the ranks of the emerging advertising industry in I980's Ireland.

In 1992, Cawley Nea Advertising was launched. The agency quickly gained a reputation for strategic insight and creative excellence. Under Chris's leadership, Cawley Nea became the most creatively successful advertising agency in Ireland. In 1999 Cawley Nea won the prestigious Advertising Agency of the Year Award.

In 2002 Cawley Nea was sought out by Omnicom's TBWA creative division and Cawley NeaTBWA was born. In the years that followed Chris worked with his international colleagues to establish a multi-faceted TBWAUK group through mergers and acquisitions, Chris then went on to become a part of the TBWAEurope executive operating team.

Back in Ireland, Chris with his executive colleagues established Tequila (promotional marketing), Agency.com (digital marketing), and E-Graphics (production services). Since its inception, E-Graphics has commissioned and produced a catalogue of internationally awarded and commercially effective brand films.

In 2006 Cawley NeaTBWA co-founded (50% shareholding) OMG and PHD Media. Chris became chairman of this organisation with billings of €60m p.a.

All of these companies have become top-tier performers in their respective disciplines and multi-creative award winners both at home and internationally.

Chris is especially proud of the company’s No.1 position in The Irish Advertising Effectiveness (IAPI AF/FX) Table. This is a position it has maintained and defended against highly competitive opposition for the past twelve years.

Chris is a Fellow and past president of The Institute of Advertising Practitioners in Ireland (IAPI).

During his time as President of IAPI, Chris was crucially involved in the interface between industry, media owners and emerging Irish Government legislation regarding standards in commercial communication. Chris was a founding director of Central Copy Clearance Ireland (CCCI).

Throughout his career, Chris has been a sought after commentator on advertising and marketing issues in the Irish media.